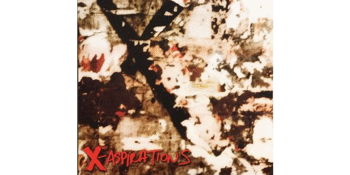 In late 1979, Ian Rilen, Steve Lucas and Steve Cafiero entered Trafalgar studios with producer Lobby Loyde to record some demos for a projected single. They emerged just five hours later with a completed album, the undisputed classic X-Aspirations. Bass monster Rilen had been a founding member of Rose Tattoo (he wrote their seminal debut single 'Bad Boy For Love,' but had left in October 1977 after his harder edged compositions like 'Hate City' were rejected. Debuting in December 1977, X became one of the leading lights of the Sydney punk explosion. After the shocking death of original guitarist Ian Krahe, vocalist Lucas, with his distinctive sandpaper scream, took on guitar duties and, along with the powerhouse drumming of Cafiero, the classic three-piece lineup was born. Australian rock legend Lobby Loyde (Aztecs, Coloured Balls) was an early champion of the band and the perfect choice for producer. The single taken from the LP, 'I Don't Wanna Go Out,' is one of the great singles of the punk era. X, however, were not purely a punk band -- in attitude maybe, but Rilen's Oz rock roots added another dimension. X were simply a great rock band -- their sound has not aged in 30 years and their legend looms large in the history of Australian music.