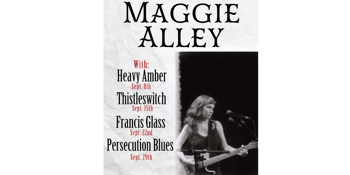 **FREE ENTRY** Maggie Alley - Wednesdays in September at The Tote


Melbourne singing and songwriting powerhouse Maggie Alley is not just-another-girl-with-a-guitar.