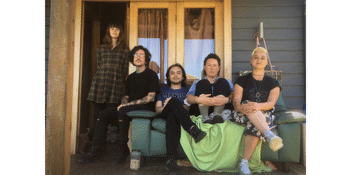 In October 2020 Edith Lane released their debut album ‘Eden On The Park’, a love letter to alternative rock and the art of the concept album. Described by Happy Mag as “easily the years strongest debuts to date” and “rewriting the book” on band debuts, Eden On The Park is now due for its celebratory live performance.

Five piece art rock band Edith Lane don’t plan on disappointing with this showcase either. With floral arrangements by xx_flos, and a performance of the record in its entirety, this is definitely a show you want to put in your calendar.