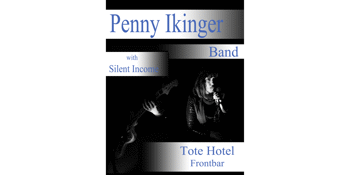 Penny Ikinger is an antipodean rock maestro who defies easy comparison and definition. With her iconic guitar, the Pennycaster, she is a fuzz queen, sonic chanteuse and primal mistress of dark folk who wows her audiences at home in Australia and beyond

Penny’s impressive career started as guitarist in Wet Taxis with Louis Tillett, going on to perform and record with many  acclaimed artists such as Deniz Tek (Radio Birdman), Kim Salmon, Tex Perkins and the Sacred Cowboys. In 2003 Penny  launched out on her own and her undeniable solo talents began to be noticed.