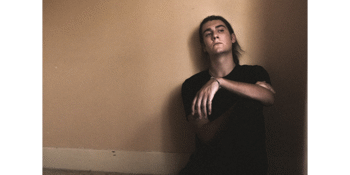 Hollie Joyce
The Tote - Band Room (Collingwood, VIC)
Friday, 15 April 2022 9:30 pm
80 days away
18 Plus
Alternative
Send this event to
Fenn Wilson and his full band are heading to The Tote on Friday 23rd July with support from one of his fav artists Hollie Joyce.  Following the sold out launch of his new track “Love Again”  Fenn will be playing his dark and richly textured new single, tunes from his 2019 album Ghost Heroin, and new tracks with the odd signature cover song thrown in.

Combining her trademark fervent lyrics with distorted and at times eerie tones, Hollie Joyce has established a compelling sound that doesn’t hold back. With influences drawing as much from the works of Howlin’ Wolf, Buddy Holly, Patti Smith, Nirvana and Bob Dylan as she does from 70’s horror flicks and spaghetti westerns. The result is a dynamic performance never to be forgotten.