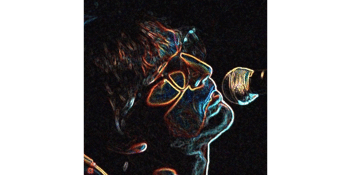 The Tote - Front Bar (Collingwood, VIC)
Thursday, 19 August 2021 6:00 PM
55 days away
18 Plus
Rock
Australian Artists
Send this event to
Born out of those long drab days in 2020 hiding from a zoonotic plague, The Zoonotics are a collective of musicians from Melbourne. At it’s core The Zoonotics are Cam Muncey (member of Jet, with over 6 million in record sales and over 4.5 million streams per month)
Pete Marin (Drums and percussion for Dan Sultan and Passenger to name a few) and our resident effects pedal enthusiast Rodger Bryant on guitars. With other members Clio Renner helping out on keys and bv’s and Robbie Belchamber (Bass) rounding out the live line up.

Having amassed a repertoire over 2020 the group are currently recording their first studio album with Jan Skubiszewski at Redmoon Studios and are honing their live performances for its launch sometime in late 2021.

With an eclecticism reminiscent of Bowie, Muncey pens genre bending tunes that retain a clear eyed enthusiasm for the alchemy of songwriting. Authenticity, biography and a literary touch when called for are all apparent in the creative output of the group.

Curtis Mayfield (The Impressions), Fleetwood Mac, Mac DeMarco, Mazzy Star, Pixies, Talk Talk, Radiohead, Sinatra, Bryan Ferry are inspirations. The Zoonotics sound spans everything from upbeat indie rock with a new romantic vocal delivery (Already Gone)  to prog rock (Transistor) that sounds akin to The Fall crossed with the 1970’s Dr Who theme.
Add psychedelic bossanova (Don’t Underestimate my Baby) and a song about a long cold Melbourne winter (Quarantine) that is part Bowie part McCartney. There is also a ballad that cross pollinates Mazzy Star with Oasis/John Lennon and you start to get an idea of the broadness of the brush strokes.