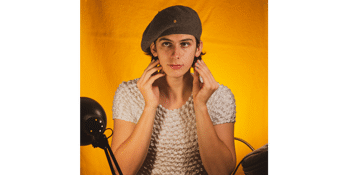 Drawing on sounds from the past and present of pop and rock, George Carroll Wilson’s solo project Pollyman delivers power-pop hooks and retro looks, with defiant and polished songwriting and performances.

Pollyman’s distinctive songwriting and exhilarating live performances exude a powerful blend of rock and roll and the soulful side of pop which has already earned them fans like You Am I’s Tim Rogers as well as supporting Cedric Burnside and Canned Heat and being the most highly requested act on Delivered Live .

Pollyman’s self-titled debut album is out now on Bonsai Records.