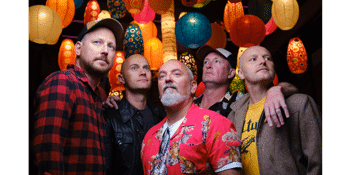 Get ready for electrifying, hip-shakin’ rock’n’roll with Melbourne’s own high-flying Riflebirds at The Tote.

The band’s unique brand of guitar and keyboard driven rock - performed with passion and energy - has earned Riflebirds a reputation as one of the finest live acts around.

Having captured some lightning in a bottle for their live record ‘Live At The Espy’ released in early 2020, the Melbourne five-piece then spent the lockdown months writing a batch of brand new songs. The first new singles have been released: ‘Debra’, ‘I Don’t Wanna Go To Berrigan’ and ‘Stagger Swagger’.