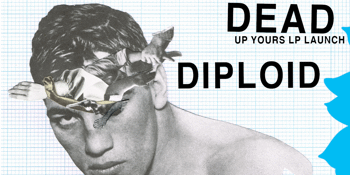 DEAD & Diploid deliver a double bill of extreme sonic exploration before hitting the Blacken Open Air music festival together. For the last decade both bands have been innovators and ambassadors of the Australian heavy music underground. In 2020 both bands released new albums to worldwide critical acclaim with the pandemic failing to impede their determination to make original, challenging and intense music.

This is the first time both bands have played together for a loooooooong time. Diploid have increased their power via recruitment of a new drummer. DEAD will launch a new LP at this show and have a few surprises in store. Long story short = do not miss this killer show.